DAVIDO TO QUIT MUSIC: AFTER A FIGHT WITH BURNA BOY IN GHANA

The social media has been on fire since the event that happened in Ghana involving a fight between DAVIDO and BURNA BOY.

The big question here is what really happened and what exactly caused this fight.

From my point of view so far and with the little survey, i would like to start by clearly stating that i do not support any of this fellows and am not in any form in support of this disgraceful act by top Nigerian figures in a neighboring country (Ghana).

What resulted to the fight?

That could result to Davido  Quitting music 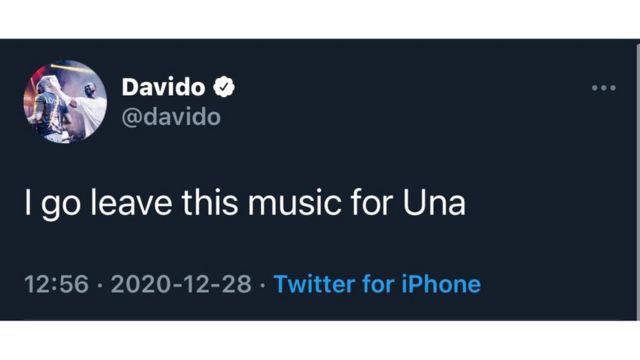 There seam to have been a fight behind the scene, from the series pf twits from both ends it became obvious that something was already on between them.

This made Burna boy angry and he went on social media (snapchat) and posted;

Davido took a break from social media and came back to drop a song he titled FEM, with lyrics that were obviously directed to Burna Boy.

A GLANCE OF THE BEEF

What do you think about this?

Hello flamzee, You need to fund your account to continue.