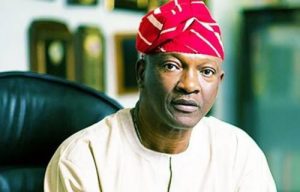 Jimi Agbaje has dismissed reports that the National Leader of the All Progressives Congress (APC), Bola Ahmed Tinubu, sponsored his election campaign.

Naija News reports that Agbaje was the governorship candidate of the Peoples Democratic Party (PDP) in the 2019 general elections in Lagos State.

Jimi Agbaje lost the 2019 governorship election to Babajide Sanwo-Olu of the  APC by a wide margin.

In an interview with NAN on Wednesday, Agbaje said he has not met with Tinubu in the past six years.

He said: “There were many things…

Add JokosHQ Forum to your Homescreen!